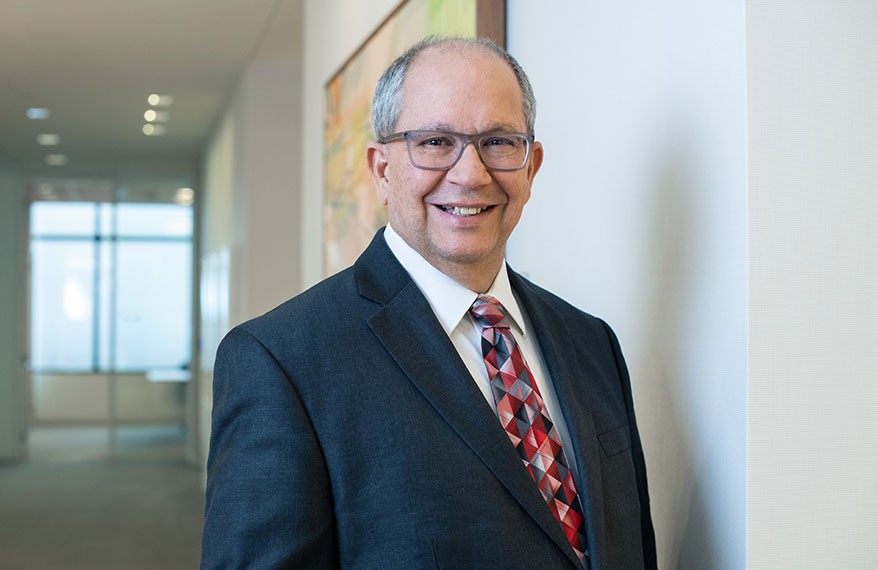 We recently sought out Dave Frantze, a partner at Stinson LLP, who typically represents developers, property owners, tenants, and end-user companies in large, complex real estate development projects, to discuss his involvement in the acquisition and development incentives for KC WFC, LLC, the women’s professional soccer team in Kansas City.

Below, Frantze, who also serves as outside real estate counsel to the Kansas City Royals, discusses the 10,000-seat women’s professional soccer stadium on the riverfront in Kansas City and a nearby training center/youth soccer complex in Riverside, Missouri.

Question: For our readers who might not be as familiar, what can you tell them about what you do at Stinson LLP?

Answer: My practice focuses on large projects that involve public-private partnerships, including incentives from federal, state and local governments. We serve as counsel for major projects in the Kansas City area, such as Union Station, the Power & Light District, Cerner’s Innovation Campus and T-Mobile Center.

Q: Tell us about the Kansas City NWSL stadium and your role in this project.

A: The proposed Kansas City NWSL stadium will be an 11,000 seat stadium located on Kansas City’s riverfront. The stadium will be developed on property owned by Port KC (the City’s public port authority agency). The stadium site will be leased under a 30-year lease that, with renewals, can extend to 50 years. Port KC also agreed to provide parking on other parcels it owns in the KC riverfront area. Stinson’s representation includednegotiation of  the stadium site lease and the parking agreement with Port KC. These agreements included all of the developer’s responsibilities relating to participation in the design and construction of the stadium by minority and women-owned businesses and efforts to make sure that the workforce building the stadium reflects the community in which it is located.

Q: Tell us about unique challenges that arose during this negotiation and what this means in the long term for the team and the city.

A: The effort to develop the stadium was very collaborative with Port KC and the City of Kansas City. However, there were several challenges as we tried to balance the competing interests of all of the parties and negotiate a business deal that worked for everyone. One significant part of the agreement is the targeting of funds generated by new economic activity in the area to an extension of the Kansas City streetcar to serve the stadium. All parties are committed to finding a creative solution to fund the streetcar extension.

Q: What impact have you seen from the pandemic on professional sports?

A: The impact of the pandemic on professional sports is not unlike the impact that COVID has had in every area of business. But the impact in the world of professional sports is out there for everyone to see. Vaccination policies, attendance policies for fans at stadiums, the elimination of in-person attendance early in the pandemic – these are the same issues that impact all businesses in the same way. But from a personal perspective, as a fan in a community where fan engagement is legendary, the strangest impact that I observed was conducting events without fans in attendance. For baseball and football, the televising of games in empty, silent stadiums (or stadiums with artificial crowd noise) was the most disturbing aspect of the pandemic’s impact on sports.

Q: Do you anticipate other NWSL teams pursuing new stadiums and training facilities?

A: Yes. I believe that other teams will follow the leadership of Kansas City’s forward-thinking ownership group, and see that the development of a stadium allows a team to control its own destiny, better create its identity and enhance franchise value. The development of a stadium will also allow teams to enhance revenues by hosting or sponsoring additional events at their stadium.

Q: What overall trends are you seeing in real estate right now?

A: In the commercial real estate world, there is a lot of uncertainty over the future of offices in the context of remote work.  Several major real estate users appear to be betting that there is a future for the right kind of offices – those offices that create space for innovation and collaboration. There is a huge demand for distribution/fulfillment centers for e-commerce as well.

Q: Are there any risks the Kansas City NWSL team faces with the new stadium and training facility?

A: There are always risks in being the pioneer, and first in the world is as much of a pioneer as someone can possibly be. There’s no model or template to follow, so the team will be creating an entirely new real estate plan unlike anything else that currently exists. And the plans that are ultimately developed will probably be subject to second-guessing. Success will require a steadfastness in direction coupled with the ability to self-evaluate and change plans when indicators lead you to do so. Striking that unique balance will be essential to achieving success with both facilities. Community engagement will be essential, and I anticipate that this ownership group will be very successful in that area.

Q: Is there anything else you think would be valuable for our readers to know?

A: A successful stadium development for a new type of user (i.e., a women’s professional sports team) requires ownership with vision and a long-term perspective. The ownership of Kansas City’s women’s professional soccer team has those attributes, and they relied upon that vision to make a decision that will benefit the community for generations.

Site Search by Keyword or Category